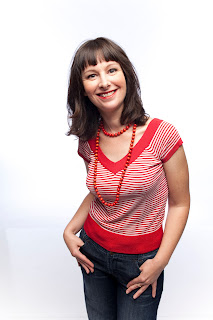 Fiona's most recent musical adventure is the song-cycle Shipwrecked. This carefully constructed event of songs, soundscape and visual art is the creative outcome of a time of personal upheaval.  An intimate performance in Northcote was part of the 2017 Darebin Music Feast and it was performed again in 2019.
Recordings and performances for 2021 will be announced soon.
Fiona Claire is a singer/songwriter, exponent of the Folk-Pop-Cabaret genre, long time piano teacher and creativity coach.  After a few years in the corporate world and then as mum to a couple of babes, she took the risk and chose a creative life.
Fiona presented her first one woman show in 2008 and in 2010 wrote, produced and performed in "The Paris Paradox", a show about an ordinary woman's quest for creativity and dreams amongst domestic mundanity.  It appeared at The Butterfly Club and featured in the 2010 Melbourne Fringe Festival.
In 2011 Fiona appeared in the Melbourne International Comedy Festival and the Daylesford Words in Winter Festival with Justine Sless in "Bechamel - A Great Source of Inspiration".
Fiona has twice been a semi-finalist of the Darebin Songwriter's Award.

"What If?...", a folk-pop cabaret of beautiful songs and stories exploring regret and hope, debuted in September 2012 at WesleyAnne, Northcote and had a successful season at Melbourne's premier cabaret venue,  The Butterfly Club in 2013.


Along with fellow musician Dean Lombard, Fiona is a co-ordinator of the Darebin Songwriters Guild - a place for songwriters to meet, perform, and collaborate.

On top of her musical experience, Fiona is a registered counsellor specialising in self-expression for growth and well-being.  This makes her uniquely positioned to offer creativity coaching that provides an empowering environment to help you leap over those blocks and boundaries and get in touch with your inner creator.